Last week’s community meeting started with a demo of kubetest by Marco Ceppi of Vapor.io. Kubetest is a python library for testing cloud-native applications, making sure that all objects and components work.

Frederic Branczyk spoke for SIG-Instrumentation, who have been working on performance improvements for kube-state-metrics. They’ve lowered CPU usage, memory usage, and response latency, partly by writing their own Prometheus client library. Now, they’re working on the Metrics Overhaul KEP.

A SIG-Testing update from Aaron Crickenberger started with the termination of mungegithub; Prow now does everything. Most of 140 repositories are now managed the same way by Prow, and auto-approve is disabled for them. They started the kind subproject, which runs Kubernetes inside (nested) docker for testing, and gopherage, a code coverage tool for golang. Kubernetes is now using paribolos to manage its Github repos based on the kubernetes/org repo. Finally, they completed their SIG charter.

1.13 currently includes 37 tracked enhancements. Owners need to update issues in k/features to indicate completion confidence, and provide a list of pending PRs and issues. SIG Arch will be reviewing the list of planned enhancements.

The list of test failures for Oct. 16 does not include many new failures, but old failures are slow to progress. If one of these test failures is yours, please update.

The first half of a double-header patch, this PR adds in the API scaffolding and types for the KEP 14 dynamic auditing system. The actual implementation of the system will follow soon in another PR. The end goal is a simplified system for consuming audit data, in the same was as the dynamic admission controller system allowed simpler and more flexible hooks into the authn/z layers.

Another step in the complex saga that is CoreDNS. The Network and Cluster Lifecycle SIGs are still confirming that things are on track for CoreDNS handling larger clusters smoothly, which is the biggest hurdle on the path to making it the default cluster DNS implementation. By making it the default for kubeup, the teams can gather more information about the at-scale behavior from our integration and e2e tests.

#68441: Move versioned generators into their own package

One of several cleanup PRs for kubectl, this should both reduce the interdependence of kubectl on k/k and also make it easier to add new generators to kubectl.

None this week. Huh!

Contributor Tip of the Week

The good first issue tag shows issues that the owning SIGs feel do not require much experience with Kubernetes development in order to resolve. Many of those listed are documentation updates, since new contributors are well-positioned to realize what’s missing. It’s related to help wanted, but more newbie-friendly. All contributors should look at tagging issues appropriately, and SIG leads should audit theirs. 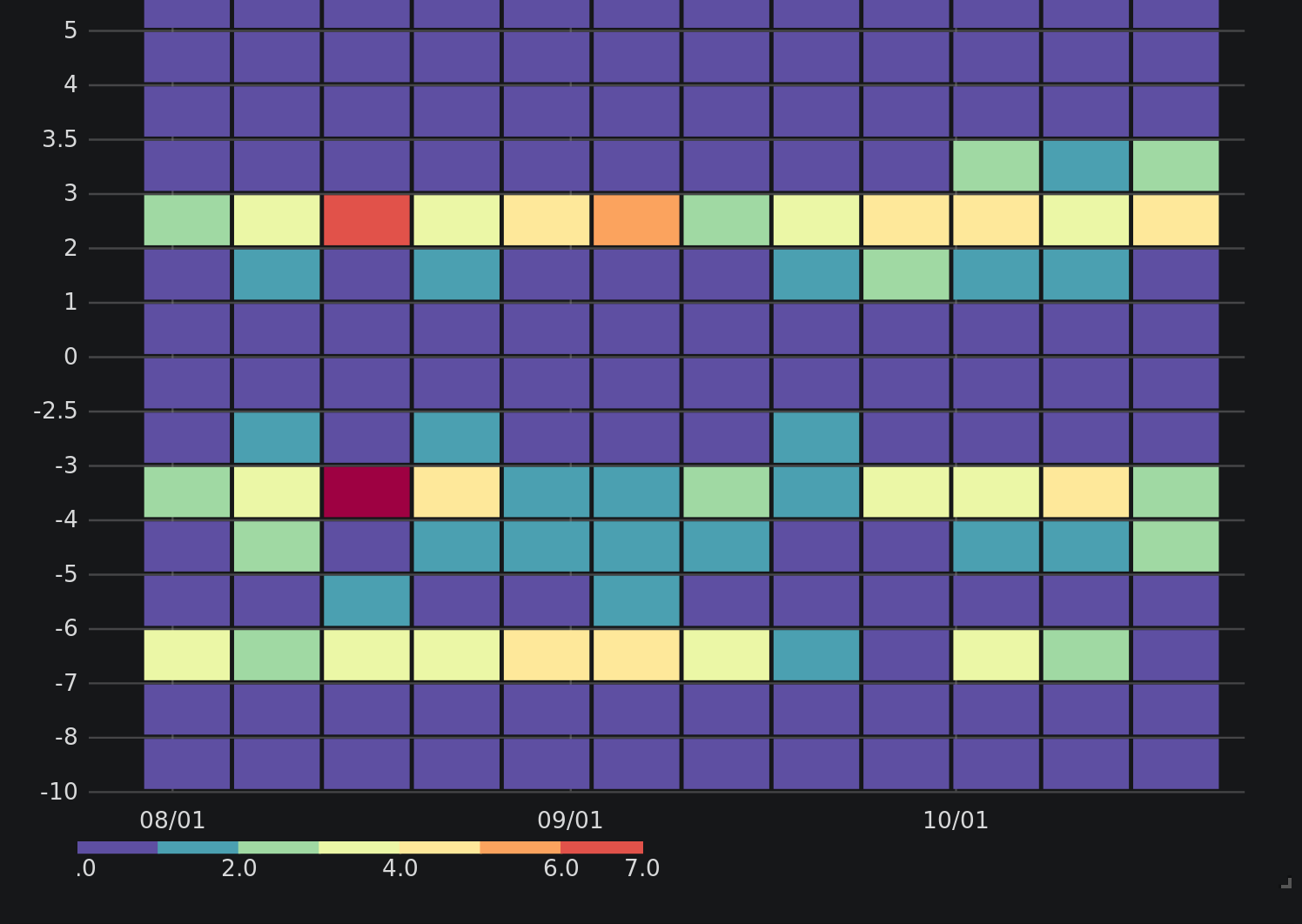 Lukasz has added contributors by timezone graphs, which should help SIGs schedule meetings at good times. For example, in the graph above SIG-Instrumentation has contributors in CET and EDT, but not many in Pacific time, suggesting that it should have meetings between 1200 and 1600 UTC.

Note that Aaron Crickenberger has suggested replacing the old repo groups with new SIG ownership info, which will retroactively change many of the devstats graphs.

Note: last week’s LWKD didn’t happen because both editors were travelling. If you can help with LWKD, please contact us.