This week’s demo was Stork, a tool for managing “hyperconverged” storage in Kubernetes. The community meeting then continued with release updates, the graph, and some SIG updates. Architecture is working on implementing the subproject proposal explained in last week’s issue. Bob Wise of Scalability did a presentation where he explained that the SIG will be focusing just on preventing scalability regressions, and has no concrete plans to push Kubernetes clusters beyond 5000 nodes in size. If you want bigger clusters, contribute to the SIG. They also have a new charter. Scheduling is promoting priority and preemption to Beta status, optimizing Affinity, and designing a new extension model for the scheduler. They also mentioned three “incubator” projects, Kube-arbitrator, Cluster capacity tool, and Descheduler.

Brendan Burns went over some of the changes to repos outlined in the last issue. The project is continuing Meet Our Contributors sessions the first Wednesday of every month, and needs volunteers.

We are now in week 7 of the 1.10 release cycle. Feature freeze has passed, file an exception if you missed the deadline. This week, we will be cutting the first Beta release and creating the Release branch.

The next deadline is Code Slush on February 20th. The release lead warns contributors that the schedule will be enforced. 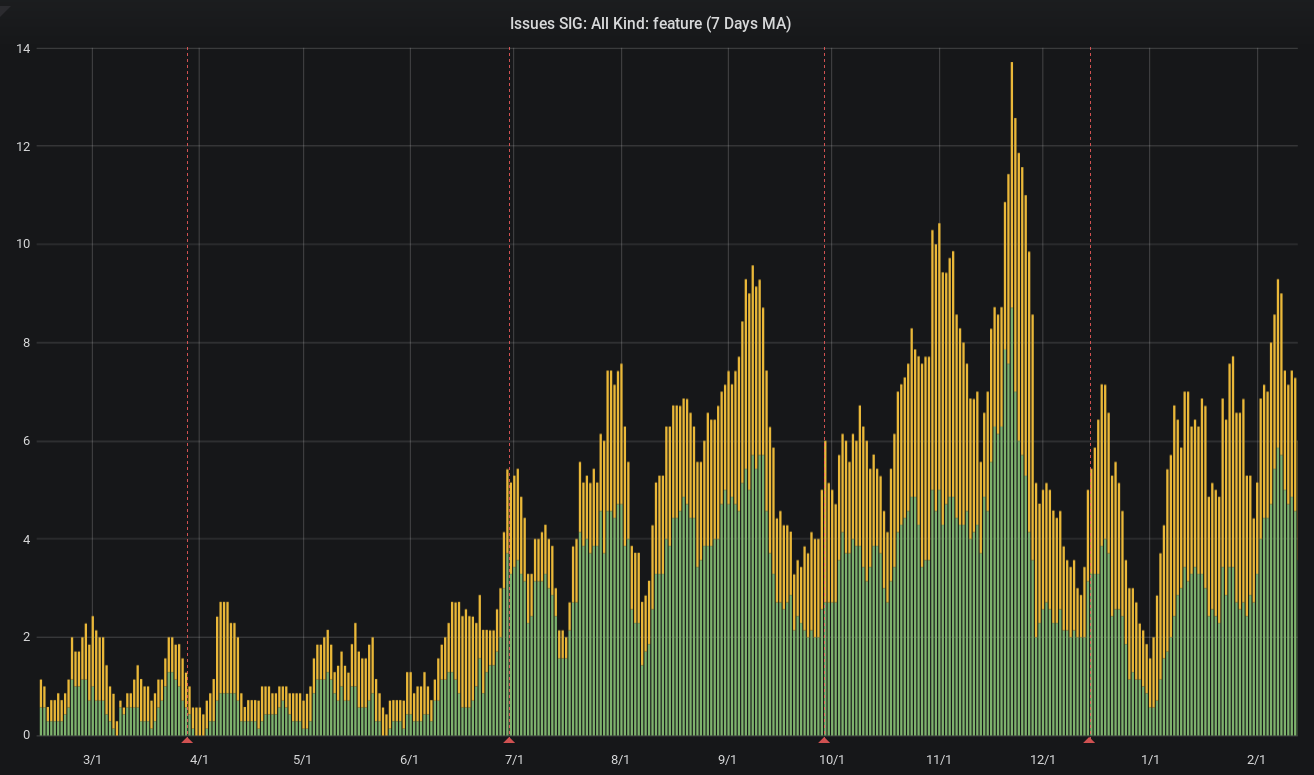